Sharmistha Shenoy, the author of the Vikram Rana series is back with her new book Murder in The Chaudhary Palace. The book is Durga’s story. Orphaned in her childhood, Durga has always longed for wealth, security and, above all, a sense of belonging. She finds it all when she marries Debnarayan Chowdhury, heir to an immense, multi-crore estate. But the Chowdhury family has been under a curse that dates back to the British era. The first-born of each generation dies young, purportedly killed by the spirit of Kadambari, a young woman murdered by the notorious Shankar Dakat, the founder of the Chowdhury family and their Zamindari. When her father-in-law Birendranath dies unexpectedly, Durga and Debnarayan come down to the ancestral home in Kakdihi, a small village near Kolkata. The moment Durga enters her new palatial home, she crosses a threshold of terror. She loses her husband within a month of her marriage and finds herself a widow in a house full of strangers. Are Debnarayan’s and Birendranath’s deaths accidental? Everyone in her new family and the neighbourhood appear to be friendly. Most of them have a motive to kill her. A well-meaning neighbour tells her, ‘Run from this place. You have no friends here.’ Is she, the current owner of the estate, now on the murderer’s radar?

And now for the drum rolls please as I am revealing the cover for this new spellbinding mystery, really looking forward to reading and reviewing this one!!! 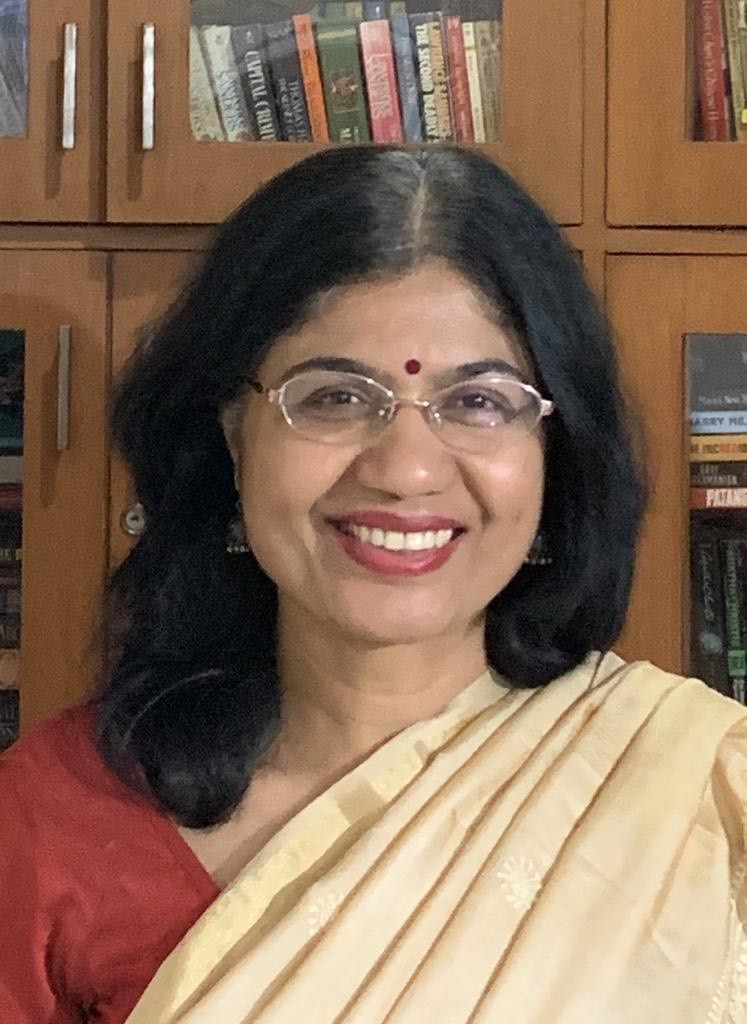 Sharmishtha Shenoy is the author of the Vikram Rana Mystery series. The books under the series are “Vikram Rana Investigates,” “A Season for Dying,” “Behind the Scenes” and “Fatal Fallout”. She has also published a book of short stories, “Quirky Tales.”

Her short stories have been published in efiction magazine and Woman’s era. She loves writing murder mysteries, the kind of books that she likes to read. Her favorite authors are Sir Arthur Conan Doyle and Agatha Christie. She also likes the work of Satyajit Ray – especially the Feluda Series.

Before starting to write, she had been an IT professional and had worked in TCS, Satyam, Infosys, and Microsoft.

She is a big foodie and enjoys Biriyani (both Hyderabadi and Awadhi versions) and rasgullas like most Bengalis. She is also a lusty singer of the bathroom singing variety.

Though she is happily married to Mr Shenoy in real life, in her fantasy world she is wedded to her creation Vikram Rana.  You can get to her blog by typing the word “Sharmishtha Rana” into Google. No, seriously, try it.

She was born in Calcutta. She is an M Tech from the University of Reading, Great Britain and had received a 100% British Government Scholarship to study there. She lives in Hyderabad.

Sharmishtha on the Web: